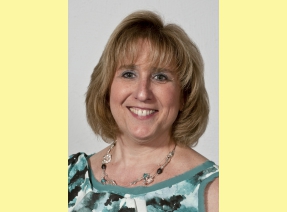 Ilana Lowery was named editor of the Phoenix Business Journal in August 2001. She had been managing editor of the paper since 1999.

Ilana joined the publication as a reporter and projects editor in 1995. As a reporter she covered banking and finance, travel, aviation, tourism and sports business.

Prior to The Business Journal, she was an editor for Independent Newspapers Inc., a community newspaper chain based in Scottsdale. Before moving to the Valley in 1989, Ilana served as a reporter and editor for Pulitzer Newspapers in Chicago. She also worked as a scriptwriter and associate producer for the NBC-TV affiliate in Chicago.

A 1986 graduate of the University of Illinois, Ilana earned BA degrees in Mass Communications and English.
Currently, Ilana serves on the advisory board of the WellCare Foundation and is a member of the Hon Kachina Board of Governors. She also is a member of the prestigious women’s professional associations Charter 100 and Central Phoenix Women.
In addition, Ilana is a long-time supporter of SleepAmerica Charities, the Arizona Heart Association and the Southwest Autism Resource and Research Center. She also serves as a guest lecturer at Arizona State University’s Walter Cronkite School of Journalism and Mass Communications.
In 2005, she was honored as a Woman of Distinction by the Girl Scouts Arizona Cactus-Pine Council and in 2008, she was honored with a Woman of Distinction award by the Crohn’s and Colitis Foundation of America – Southwest.bio here.