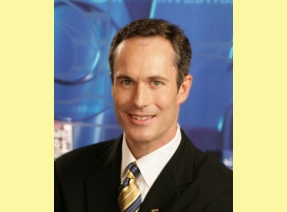 Veteran Valley broadcaster Sean McLaughlin has had multiple roles at CBS 5 News, including chief meteorologist, news anchor and reporter, and he now serves as the station's main weeknight male anchor.
McLaughlin joined the CBS 5 News team in September 2006. Prior to his return to the Valley, he served as MSNBC's weekday chief meteorologist and Sunday meteorologist on NBC's "Weekend Today." McLaughlin was an integral part of NBC's coverage plans of the record-breaking hurricane seasons of 2004 and 2005, including broadcasting live for over 14 hours straight as Hurricane Katrina approached the Gulf coastline.
In addition to his achievements in broadcast meteorology, McLaughlin has covered the president’s inauguration, the launch of the space shuttle, as well as the Winter & Summer Olympic Games, the Daytona 500 and multiple Super Bowls.
His diverse broadcast background and stylized spirit he brings to the screen have made McLaughlin a seven-time Emmy award-winning journalist. Even with his switch to news, he currently maintains his National Weather Association's Broadcast Seal of Approval and fills in on CBS's "The Early Show" in New York.
McLaughlin is married with four children and enjoys exploring Arizona with his family.